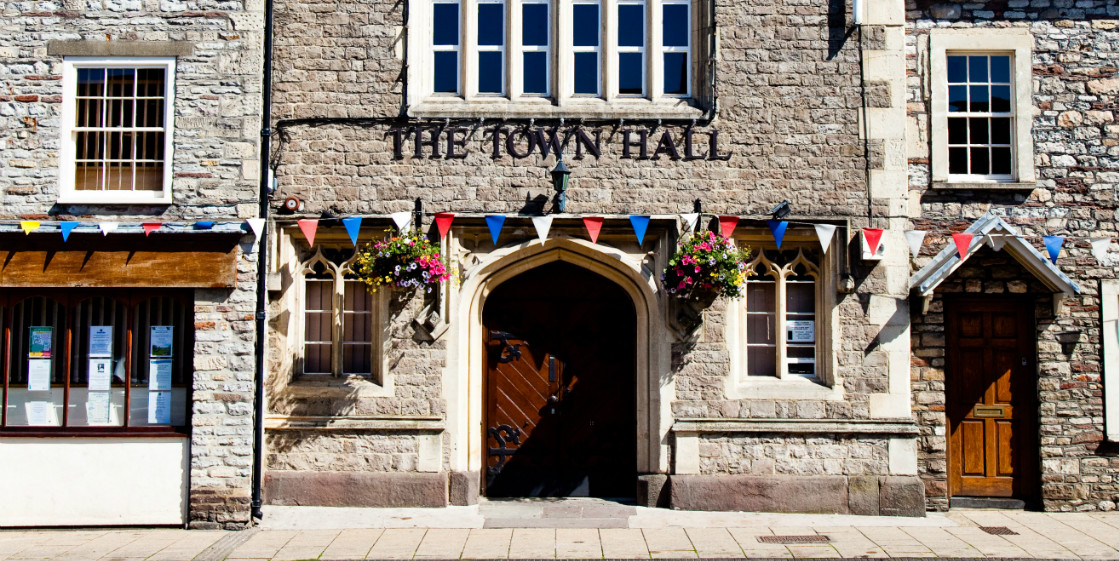 For more than 50 years the cottage (No61 was used as the Town Hall Caretaker’s Cottage, but this became vacant around 1985.

The Trustees decided that some smaller meeting rooms were required associated with the Town Hall, so the cottage was gutted and reworked to provide two small meeting rooms and an office for the Clerk to the Trustees.

The building is Grade 2 listed and has an interesting history.

The present entrance door is on the line of Church House Lane which ran down an alley and led to the alms houses behind the Town Hall.

In 1580 there is a record of John Burcombe, the town cutler, taking the lease on “the town property situated between the Town Hall and the George Hotel” .     He used the building as part workshop and part house. He was one of the first tradesmen who ran a business not directly related to agriculture or quarrying.

Over the centuries it has been used for many different trades and in the early 1900’s it was Pontin’s tailors shop. Riding Breeches a speciality.